We've known for a long time that the Oprah Winfrey Show was going to feature true polyamory at some point, and it looks like they've finally decided to give it a go. Below is their call for interview subjects. If you decide to respond, please, please go to the Polyamory Media Association website for valuable resources in preparing for the interview. PMA is run by knowledgeable volunteers who will not tell you what to say but instead help you maximize the benefit of what you do say so it is more likely to be a pleasant, positive experience.

This is a very exciting development considering the size of Oprah's audience, and, therefore, the number of people who we have a chance to influence in a positive way.  So from a polyamory activism point, this could be huge!

Are you CURRENTLY in a successful romantic relationship with two other people? Are you living in the same home, have children, go to work, but you come home to two partners?

Your triad (sometimes called a "thruple") could be:

We want to know: How did you all three meet? How long have you been together? How does it work? Like? Dislike? Is there jealousy? Do you sleep in the same bed? Does sex always have to include the three partners?

Please fill out the form on this web page  and an Oprah producer may be calling you.
Posted by Anita Wagner Illig at 4:02 PM 6 comments:

My Videos on Poly/Mono Relationships and Resolving Jealousy on KinkAcademy.com 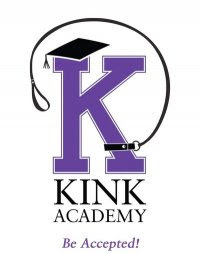 Earlier this year I had the pleasure and privilege of making educational videos based on two of the workshops I give for the webside KinkAcademy.com which is the brainchild of the lovely Princess Kali.  As of today all three segments of the poly/mono relationships program are now available for viewing, as well as the first segment of the jealousy program.  You can browse them from a link on my faculty page.  It costs about $10 per month to join the website and get access, but don't be shy about visiting, there's some great free content, too.  Still, considering how much even better information that joining up gives you access to, it's a real bargain.
There are other teachers who speak about non-monogamous relationships as well, like Sarah Sloane, Dan and Dawn Williams, and M. Makael Newby.  And, of course, there is a huge, amazing amount of content from some of the best educators in kinky practices anywhere.
Posted by Anita Wagner Illig at 1:25 PM 2 comments:

Cheating: It's Not the Sex, It's the Lying - Jenny Block on FOXNews.com 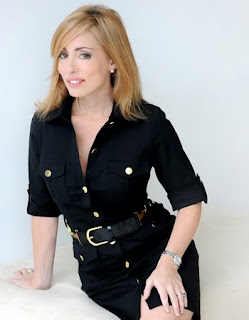 The last two years for Jenny Block must have surely been an exhiliarating ride. Jenny is the author of Open: Love, Sex and Life in an Open Marriage, published summer 2008, her courageous memoir of being a mainstream wife, mom and writer who, with the full knowledge and cooperation of her husband and with his and their daughter's best interests at heart, opened her marriage. Ultimately she added a long-term relationship with her girlfriend who is considered a part of their family.

Since that time Jenny has been busy.  She's made the rounds doing readings from her book and being interviewed on the topic of open relationships and polyamory. She won a Lambda Literary Award in the bisexual category.  She's appeared on national TV talk shows (for example, Fox's Mornings with Mike and Juliet) and TV news magazines (ABC's 20/20, defending responsible non-monogamy in a seventh Commandment debate on adultery with evangelical Christian ministers in the presence of a very large evangelical Christian audience), syndicated radio programs, in print newspapers and in online venues. Along the way she's blogged on sex and relationships for Huffington Post and - what a pleasant surprise - now writes FoxNews.com's weekly sexual health column, Fox on Sex. Her latest column is Cheating: It's Not the Sex, It's the Lying, and it is fantastic. Jenny offers excellent advice on why, whether monogamous or otherwise, it's necessary to communicate clearly with our partner(s) and come to an understanding as to what specific behaviors with others are permitted and which ones are to be off limits.

Those who attend my workshops know how often I emphasize the importance of trust as key to building healthy, happy, functional polyamorous relationships, and as Jenny points out, this is important in ALL intimate relationships. Our monogamy-focused society creates expectations in us that few really think about, much less discuss with the people they love and are committed to.

Some people may not be phased by their love engaging in a bit of flirtation at a cocktail party, while another may be livid about it - who is to know for sure where the line is that shouldn't be crossed if this isn't thought about and discussed? I'm not talking about angry accusations and blaming, that's not effective communication. But I am saying that discussing it before it happens is going to be a lot less difficult than doing so after it does.  For one thing, even if it's an uncomfortable discussion, the trust you share is intact and more likely to stay intact if boundaries and expectations are clearly acknowledged between you.

Obviously it's less likely that people in stable polyamorous relationships are going to object to a partner's flirtation with others, but I've known plenty to end up in conflict for having failed to establish a clear understanding of each other's expectations.

For example, conflicts have been known to arise between poly partners due to differing views over what constitutes "sex."   If:

So whether you are in a monogamous relationship or an open or polyamorous one, talk to your partner(s) and be gently direct about your feelings and point of view. The more you are honest with each other, the better your agreements will hold up and serve your purposes, especially when it really counts, and the more solid the trust you share will be. Jenny rightly says that it's not the sex, it's the lying. But it's also about the omissions. Either way, honesty and transparency will go a long way toward preventing damage to the trust that is vital to keep any relationship sound and happy. 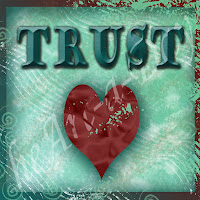 To put it more bluntly, don't be stupid. Never, ever secretly rationalize breaking an agreement and crossing an established boundary as a means to have who you desire while expecting to avoid a potential confrontation with a partner. You are playing with a fire that in the blink of an eye will destroy the trust required for your relationship to be happy. Before you know it you are in deep relationship trouble, a kind of trouble that will require hard work for a long time to repair the damage done. Erase from your memory forever that old saw about it being easier to ask for forgiveness than permission. It's a lie, especially in this case. For the vast majority of people it will not be worth it. Trust me, I've been there.
Posted by Anita Wagner Illig at 1:32 PM 4 comments: