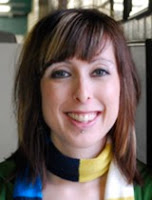 Today Memphis Flyer advice columnist Bianca Phillips answered a poly coming out question from a member of a polyamorous triad and did an excellent job. This is especially encouraging considering how advice columnists vary widely as to their knowledge about and treatment of the subject of polyamory. Some can be downright snarky and disapproving, but there are also those like Bianca who wear no blinders and treat polyamorous advice seekers respectfully and fairly. I especially appreciate that she congratulated the triad for their relationship lasting so long, nine years.

Coming out to family and friends is a big deal to polyamorists.  In my experience, it can be very difficult to predict how others, even others who love us and we know to be generally open minded, will react.  I think Bianca's recommendations as to a good strategy for coming out to family are excellent.  See what you think.
Posted by Anita Wagner Illig at 5:31 PM 2 comments:

Thanks to my friend Nicholas for the tip about a happy poly moment on last night's The Daily Show.  This whole clip is pretty funny, at least it is if you enjoy the kind of editing that goes on where the questioner's questions aren't always what the interviewee was asked.

The poly part comes in at about 3:10.  Joy and George Reagan and George's unnamed girlfriend, the people being interviewed by comedian Jason Jones, appear to be the real deal. They also apparently agreed to get partly unclothed and climb under the sheets for a little three way kissing after Jason sets up the scene by dimming the lights, putting on some shagging music, "accidentally" pulling extra large condoms out of his suit pocket while looking for a pen, and then standing over the three while waving around a rabbit sex toy and saying something along the lines of "now this is what a great marriage really is."

Normally we activists cringe when we see a sex-play setup in a poly piece since it sensationalizes the sex while ignoring all the other important aspects of poly relationships. In this case it's all so, er, tongue-in-cheek (pun intended) that I think it works OK. The word polyamory isn't used, but it's clear what they are referring to when you consider the context of the earlier part of the clip where a fundamentalist minister is adamantly denigrating homosexuality and same-sex marriage as not legitimate marriage. Slippery slope parody, anyone?

Another positive is that when asked about the secret to marriage, Joy right up front uses the "c" word - communication.

Enjoy! (And if you are reading this via Facebook, you can see the video here.)

I've bragged here about my former law firm employer, WilmerHale, for their excellent pro bono work. As it happens, I changed megafirms in November 2009 and am now employed at Kaye Scholer, a NYC-based firm, in their Washington office. They, too, have a great pro bono program.   In the course of my work I work closely with a female African American attorney who focuses on pro bono cases involving discrimination, which feels very good.

Big law definitely does give back, as is evidenced by the following.  Recently an immigration court granted asylum to one of the firm's pro bono clients who is transgendered.  In this client's native country, transgenders are social outcasts who are routinely attacked by the police and other armed groups. Because of the violence, the client fled in order to transition to the opposite gender in the United States. The immigration court's decision ensures that our client will be more protected from homophobic violence and more able to lead a normal life here.

Transgendered people are by far the most harrassed and discrminated against of all sexual minority groups, including the United States.  It takes tremendous courage and not a little risk to be who you really are when you are a trans person.  As a sexual freedom advocate, I support the rights of all transgendered people to live their lives as they choose without fear as consenting adults, and this is why I am especially pleased just now to say I am a Kaye Scholer employee.
Posted by Anita Wagner Illig at 12:49 PM No comments:

Jenny Block, author of Open: Love, Sex and Life in an Open Marriage, is still going strong with media events since the publication of her book about 18 months ago. Her latest appearance was yesterday, January 11, 2010, where she was interviewed by the hosts of Richmond's Virginia This Morning morning show. See video below. All the media experience she's had as a result of the book has lead to a poised and polished delivery of her (and our, i.e. we polyamorists') message. She's certainly braved some daunting challenges, including facing off with Bill O'Reilly and several thousand born again Christians on ABC's Nightline - both trial by fire without question. This latest interview is more friendly, and she looks fabulous.

Jenny's success has also led to her being the Sex Talk columnist for Dallas-Ft. Worth's free weekly entertainment newspaper, QuickDFW.com

It's so delightful to know that media interest in polyamory has grown to the point that we can pretty much expect to see at least four even-handed articles on the subject in major publications every year, plus dozens more lower profile articles and broadcast media events.

The latest example of this trend appeared in Sunday's Boston Globe Magazine, a thoroughly researched and accurately written article entitled Love's New Frontier complete with video of Alan and Michelle Wexelblat, long-time fixtures in the Boston Poly group and community. I had the pleasure of sitting on a Poly 101 panel at November's Transcending Boundaries conference in Worcester, Massachusetts, with Michelle, a social worker and experienced polywoman who really knows her stuff. 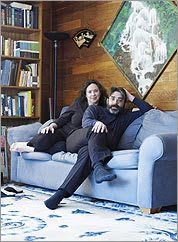 Other members of the Boston poly community, including my good friend Valerie White of the the Sexual Freedom Legal Defense and Education Fund, paint an entirely accurate picture of what it's like to be polyamorous. It was also wonderful to see a quote from Atlanta-based Elizabeth Sheff, one of the leaders of the growing community of researchers who are studying polyamorists and poly families.

If I have any nits to pick, it's that I could have done without the erroneous speculation of women's studies prof. Valerie Sperling that poly women tend to be more closeted because of fear of being considered slutty, whereas a man wouldn't be judged so harshly and have to fear being socially castigated. That's an old societal double standard, no doubt, but there are way too many out poly women for that to hold much water. I just don't see it happening, and it's highly unlikely that it had anything to do with a shortage of women who were willing to be quoted for the article. I'm surprised it was that difficult, though admittedly it's easier if you aren't confining the search to one particular area.

In reality the most visible leaders of the polyamory movement are women, something about which I am most definitely delighted. In fact, it is generally believed by some male poly activists that they will not be taken seriously and will instead be dismissed as horn dogs using polyamory as a get-out-of-jail free card to cheat on their partners - open and honest relating being still considered cheating by those who see anything other than monogamy as cheating, including open, consensual outside relationships. I've heard this knee-jerk assertion made about poly men many times, largely by people who feel threatened by the concept of polyamory and compelled to try to discredit it.

Also quoted in the article is Boston area clinical psychologist and poly-friendly therapist Randi Kaufman, who clearly knows what she's talking about. I had the pleasure of meeting and chatting with her at Transcending Boundaries as well. I also loved sex therapist Gina Ogden's quote, whom I met when she presented workshops at Building Bridges, the ITCR conference I co-produced that was held in the Boston area in 2005.  What a wonderful abundance of knowledge about and experience with polyamory there is to be had in the Boston area!

Kudos to journalist Sandra A. Miller for casting a broad net and writing an article that is rich in credibility and authenticity.  She even made sure to speak to Ethical Slut co-author Dossie Easton.
Posted by Anita Wagner Illig at 11:32 PM No comments: