The concept of open marriage is gaining mainstream traction largely via Mo'Nique's recent admission about her open marriage to Barbara Walters. It seems that the default assumption is that an open marriage is designed to allow sexual flings without romance or commitment, so I'm just as glad the word polyamory wasn't used in last night's episode of the Fox medical drama, House. Here's the preview FYI.

You can also watch the episode here.  In the opening scene a woman is having sex with her lover when a knock comes at the hotel room door and it is her husband.  She had forgotten to sign a paper needed for one of their children that day.  But instead of all hell breaking loose, the husband is invited in, obviously feels awkward and says he's not sure how to behave under those circumstances. Nevertheless, he introduced himself to the lover and they shook hands very politely.  As soon as the husband leaves, the wife develops severe abdominal pain and sends her lover after her husband.  So far so good as to the open marriage story line.

Lots of conversation happened throughout the episode, so much that it seemed that the woman's mysterious illness was a subplot line.  It was strange that the medical staff kept asking their patient questions that were pretty rude and not necessary to make a diagnosis, but they did facilitate discussion about the problems with monogamy, even going so far as to one character saying it's unreasonable to expect our partner to meet all our needs forever.

Certainly the medical staff was curious, and one doctor named Taub who had apparently had repeated affairs (I don't watch this show normally) was inspired to bring the subject up with his wife, though in the ill-advised setting of a restaurant in public.  This resulted in his wife reluctantly granting him Thursday nights with the woman he works with whom he fancies, only later to withdraw her permission out of fear.  Instead of asking her to work on the reason for the fear, the husband immediate caves in and says he only wants her, only the next day to head off to his new love interest's apartment.

When the subject of open marriage first came up between Taub and his colleagues, he was the first one to condemn it, saying "A functional open marriage is like a unicorn. It's a mythical creature that doesn't exist."  Fail!  I'll have to hand it to the writers on that part of the story, apparently they know there are many hypocrits out there who are a lot more comfortable with cheating than with toughing out the transition to conducting their multiple relationships openly, honestly and ethically.

I felt very sorry for the patient's lover when he showed up at the hospital, flowers in hand, out of concern for his lover only to be greeted with hostility and orders by the husband to leave because he was intruding on their family.  Even his lover/the patient told him he should leave.  It said loudly and clearly that his relationship with her was to remain superficial and a low priority for her.  Add in that the lover was referred to at one point by one of the medical staff as the patient's "boy toy," and it became clear that it was OK to treat the extracurricular sexual liasson as cheap, tawdry, and not worthy of respect.

I liked that the subject matter sparked a lot of conversation between a lot of different characters and that we heard a lot of the same discussions that poly people have, especially when starting to explore.  On the other hand, it seems that the writers decided to take the safe course and ultimately demonize open relationships, especially anyone who would have a sexual relationship with someone who is married, even if the married partner has permission.

I think we can ultimately consider this a win due to it's power to reach millions and the likelihood that it will spark discussion amongst the viewers. Still, I look forward to the day when everyone gets to live happily ever after in the relationship structure that is best for them.
Posted by Anita Wagner Illig at 12:25 PM 1 comment: Links to this post

At long last I've written up a report on the Polyamory Leadership Network's summit held in February.  The Network (hereafter referred to as “PLN”) held its third summit February 21-22, 2010 in the Philadelphia area. Thirty-five leaders from across the U.S. attended, and the summit was facilitated by workshop facilitator and sex educator Reid Mihalko.

PLN is a loosely-formed group of community leaders formed in October, 2008 at the 2008 Poly Pride Celebration in New York City. Its purpose is to educate the general public about polyamory as a legal, natural, ethical, practical, and joyous way of life; to provide education and support for members of the polyamory community and others interested in or touched by this relationship choice; and to foster a public climate in which all forms of consensual adult relationship choices are respected and honored. This is achieved through publications, media outreach, creative and scholarly projects, support for local/regional allies, and by providing opportunities and venues for collaboration and information-sharing.

After general introductions, Sarah Taub and I presented a recap of the prior summit held a year earlier. Projects that originated at the 2009 summit were reviewed and include providing more volunteer support and funding for the Loving More Non-Profit; a national coming out project; outreach projects to legal professionals, poly/mono partners, Principle Voices (a pro-religious polygamy organization), therapists, and polyamorists under 35; the formation of the Polyamory Media Association to better manage and leverage opportunities arising from media coverage of polyamory; a poly history timeline; and, of course, research collaboration with CARAS, on which Sarah Taub reported on the CARAS Polyamory Community Study currently in development.

Then we discussed and determined what skills and resources we offer each other. Each person spoke to what they are passionate about, love doing, and are great at, which was recorded and distributed for finding project collaborators that share our passion for a specific project. We all agreed to commit only to what we know how to do, are good at, and love doing.

Next we were asked to report what projects we are doing as individuals, and/or are fired up about doing. These included creating more events to build connections and communities; improving poly community diversity; helping with the CARAS poly community survey; developing and presenting more relationship skills workshops; creating a website that teaches good relationship skills; organizing a poly convention; creating poly leadership resources; organizing events for disseminating information on STIs; researching and writing scholarly articles; expanding offerings of presentations to relevant professional audiences; creating a virtual intentional poly community; co-producing a sex and relationships expo marketed to the general public; creating a "Faces of Polyamory" video; and presenting on polyamory to LGBT youth and at LGBT conferences.

The focus of the wrap-up part of the summit was the next PLN summit, and it was determined that the next PLN summit will be held October 24-25, 2010 in the Seattle area hotel where Loving More’s Poly Living west coast conference will take place the same weekend.

As the meeting closed, everyone reported feeling inspired, excited and having renewed energy for their work on behalf of polyamory and the polyamory community.
Posted by Anita Wagner Illig at 2:30 PM No comments: Links to this post 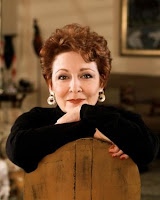 Today's "Dear Margo" addresses polyamory once again.  Somewhere in the Heartland's intelligently-written letter questioning monogamy ostensibly from the point of view of a monogamous partner with a poly partner lobbies for the poly partner's right to be who they are.  Though there is no real question, Margo offers her very brief opinion without condemnation .

(One of my principle focuses in providing polyamory educational resources is poly/mono relationships.  I give a workshop on the subject and make the handout available on my website).

I must say, SITH's letter sounds for all the world like it was written by the poly partner instead of the mono partner, but if that is not the case, then this mono man's poly wife is a lucky person indeed. It's a challenge for many mono partners to take such a fair-minded stance, and understandably so.

SITH makes the point that it is bad for closeted gay people to deny who they are and uses that as an analogy to justify the importance of permitting a poly partner to live a poly life. Interestingly, this time Margo's response is to basically say that when it comes to monogamy, some feel one way and some another, but regardless .....

I believe the gay community will clear all the cultural and societal hurdles and prejudices long before the open marriage or polyamory crowds.

After which she signs off "Margo, psychically." Time will tell whether Margo has it right. The truth in that statement will largely depend on how much polyamorists are willing to support advocacy organizations like Loving More.

Margo Howard (daughter of Ann Landers) writes a syndicated advice column in which in the past she has (a) made erroneous statements about polyamory, (b) retracted them after the community wrote to correct her misstatements, and (c) more than a year later responded to someone in an MFM triad looking for a fourth a bit ascerbically but generally much better than the first time she addressed the subject.   Today's letter is the fourth time she's addressed the subject of polyamory, and she certainly seems to be applying what she's learned, for which we can all be grateful.  If you're willing, it would be good to write to her and say as much, as I am going to do.
Posted by Anita Wagner Illig at 1:30 PM 2 comments: Links to this post