Tonight I've seen promos for two of primetime's hottest shows, both on ABC, where lead characters declare "I'm in love with two people."

The first was Teri Hatcher's character, Susan, on Desperate Housewives. That episode airs Sunday 4/29/07 at 9:00 p.m. The second was T.R. Knight's character, George, on Grey's Anatomy in tonight's teaser for next week's show. (Airs next Thursday at 9:00 p.m.) In that case it seems that T.R.'s understandable real life concerns about homophobia on the set have indeed resulted in his leaving the show, which is a shame - in tonight's episode he told Izzy, the woman George loves in addition to his wife, Callie, he's taking a job at another hospital, his way of resolving his conflict over loving two women apparently.

Not too many months ago we saw polyamory and Lovingmore written in as a subplot device on Studio 60 on the Sunset Strip on NBC.

More where that came from, hopefully, and assuming they all treat the subject as fairly as NBC did.
Posted by Anita Wagner Illig at 10:06 PM No comments: 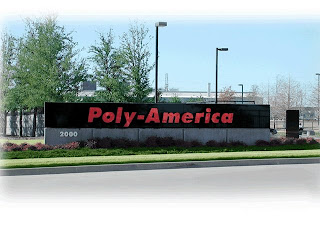 I got a laugh today when someone I know sent me this and asked when the national headquarters had been opened! Too bad it's not what it looks like.
Posted by Anita Wagner Illig at 10:02 PM No comments:

My conclusion is that we should all take the "when in Rome" approach when on another alternative lifestyle's turf and do our best to observe its customs and values, just as we would do in order to be welcome when visiting a foreign country. If we're not sure what those are, finding out is the polite and respectful thing to do.
Posted by Anita Wagner Illig at 12:18 PM 4 comments:

What's this post got to do with Polyamory? Not much, except that the son of one of my significant others is in Blacksburg in a master's degree program at Virginia Tech. Thankfully he is unharmed. If only we could say the same for the 33 who died and the dozens of others who were wounded in today's monstrous attack.

Many Virginia Tech students come from the Washington, DC, metro area where I live, and tonight I am heartbroken for the VT students, faculty and staff, and for the State of Virginia.

Many thanks to the law enforcement officials and EMTs whose job it was to risk themselves and take care of the wounded. It must be somewhat surreal to have to do their jobs effectively while coping with such a horrific event as that which has happened in a place of honor and higher learning and beauty in the rolling hills of southwestern Virginia.

Tonight I light a candle and say a prayer for those who suffer as a result of today's terrible tragedy. I do so for all who came in harm's way, as well as the teachers and leaders at Virginia Tech whose job it will be to recreate an atmosphere of peace and learning despite the very real knowledge of how it is so easily shattered.
Posted by Anita Wagner Illig at 7:49 PM No comments:

In the beginning, or how I got here.

Hello, and welcome. Some of you may have seen me around polyamory and other alternative lifestyle events. I sometimes give programs on polyamory relationship skills, and I've been living a polyamorous life for 11 years now.

I have been married and divorced twice, the second time over 20 years ago. The second divorce hit me hard. I loved my husband, and leaving my "second chance" marriage behind left me with a sense of failure, ineptitude, and disillusionment. Where was the fairy tale love they promised me? Instead what I got was a mixed bag, part happiness, part misery, and the eventual realization of just how hard it is to be all things to one person over the long term.

Oh, and of course what contributed to my disillusionment was cheating. I saw how much crushing pain and suffering it caused in the marriages of friends, of family, and yes, in my own.

Two things I knew - one, that I was very afraid of falling in love only to have it all go to smash with all the pain and suffering again, and two, that I wanted nothing whatsoever to do with cheating - ever.

With the love cards seemingly stacked against me, I told myself that love just wasn't meant for me, even though I'm a very loving, open-hearted person in general. I believed that I wasn't good at it and should just save myself and others the inevitable hard landing.

For years I avoided becoming romantically involved, choosing instead to concentrate on raising my daughter and excelling in my career. But, as time passed and my daughter was due to leave the nest fairly soon, I came to recognize that no matter how much fear I felt about falling in love again, continuing to deny myself the very human need for emotional and physical intimacy had its price - and it was a big one. Thus came my moment of clarity when I realized that the first thing I had to do was to learn to overcome my fear of being hurt again. The second was to come to terms with the lessons I had learned about what poisons relationships and what helps them flourish.

Until a bit after that point in time, I had never heard the term polyamory and had never imagined that I would want this way of life for myself, even actually embrace it with great enthusiasm. In my next post I will tell you more specifically what I did next and how what for over 40 years had been a monogamous life was transformed into a polyamorous life.
Posted by Anita Wagner Illig at 5:37 PM No comments: