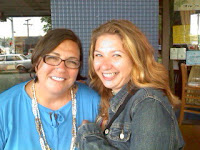 When I was recently asked to write a blog post for the Scarleteen blogathon, I had no hesitation about agreeing.  I had the pleasure of meeting and having lunch with Scarleteen founder and comprehensive teen sex ed resource Heather Corinna during a trip to the northwest in summer 2009.  Let there be no doubt, Heather is one of my all time heroes for the work she does to make sure teens get comprehensive sex education information.  I care about this subject very deeply, as the following story will illustrate.

I grew up in an area that is pretty much to this day an exceedingly conservative part of the United States.  When I came of age, good parents zealously guarded their daughters' virtue by attempting to control the what, where, when, and most importantly, who, of their daughters' social lives.  Sex ed, after a fashion, was taught in health and hygiene class in about the 7th grade, but this was largely limited to "the birds and the bees," i.e. reproductive system ed geared toward gender, with boys and girls taking separate classes.  Certainly there was no mention of sexual anatomy or sexually transmitted infections, and information about birth control would be unthinkable, including how to use a condom.

But this was also the 1960s, and though I was too young and too well guarded to find my wait to the Haight, I knew what was going on around me on college campuses and that free love was very much in vogue.  When I was about 15, I got the only information about sex that I would get from either of my parents, and that was when my dad said, "Anita Karen, some day some boy is going to try to put his hand in your pants, and you'd better not let him."

My parents and my strict religious upbringing were effective, at least to a point, as my virtue remained intact until the summer of my 17th year, when my older leading man in a community playhouse Neil Simon play swept me off my feet and into his bed.

A very few years later, my boyfriend and I quit college and got married to get out from under my mother's micromanaging my life.  That's not a good reason to get married, as our divorce seven years later demonstrated, though one of the significant problems in that marriage had to do with my tendency to push my husband away when he wanted sex.  Though I liked sex, I was always suspicious that all men were predators out to use me without any thought to love and real intimacy.  Because of the early messaging from my dad, who was a wonderful dad otherwise and was surely doing what he thought was best, even in marriage my subconscious mind was still minding my virtue.  It also effectively bifurcated love and sex so that I had no idea what it was like to truly make love.  In my mind love and sex had nothing to do with each other.

A couple of years after the divorce, I met a wonderful guy, and we got married.  At first we couldn't keep our hands off each other, but sure enough, after some time I started resenting his advances and pushing him away.  The poor guy had to be totally confused, especially since he was raised in more liberal turf by open-minded nudist parents who were academics.  Eventually that marriage bit the dust as well.

By this point I knew that I simply had to figure out what was happening in my head that caused me to react to my husbands' desire in such an unhealthy way, so I went into therapy and figured it all out.  It took some time, and some work on body image issues, too.  I am proud to say that I managed to cast off and heal all that old sex negative conditioning.  Today I am able to enjoy healthy relationships where I both love and make love in ways that enhance intimacy and the bonds of partnership.  I also enjoy my sexuality at certain adult events, something I never, ever imagined I'd be doing.  And most importantly, instead of seeing men as predators, I see them as healthy adults expressing themselves as nature intends and am enthusiastically in support of both male and female sexual expression in all its wonderful forms.

Today my male primary partner and I are both Unitarian Universalists, and he is proud to have raised two children who got their sex education via the Unitarian Universalist Association's highly successful Our Whole Lives ("OWL") sex ed program.  They are well-adjusted, well-informed young adults who are amazingly comfortable talking with their parents about sex.

As far as I know, Scarleteen is the only comprehensive sex education resource for teens other than the UU OWL program.  Heather Corrina does an amazing job and has no doubt saved countless teens from the pain and turmoil and failed relationship scenarios I experienced.  She deserves all our support.  Please give as you can and help sustain Heather's work and Scarleteen, and let's all hope to see sex negativity eradicated and replaced with more healthy attitudes toward sex and sexuality, no matter what our age or cultural perspective.
Posted by Anita Wagner Illig at 4:19 PM 1 comment:

Hope you are already making plans to join us in Seattle October 22-24 for Poly Living.  This is an especially strong program with an awesome lineup of speakers and presenters (if I do say so myself.)  Kudos to Robyn Trask for assembling what promises to be a true immersion in poly living joy. 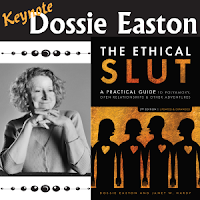 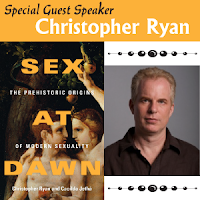 Check out the complete info and register now.
Note that the hotel block is filling up fast and that the deadline for reserving your room is this coming Sunday, October 8.
Hope I'll see you there.
Posted by Anita Wagner Illig at 3:27 PM No comments: