I have been contacted by a journalist who is researching an alternative relationships idea for a highly-visible women's magazine that involves what's been called "Man-Sharing." Since the magazine has already done a piece fairly recently on women who love women, in this case she is specifically seeking two heterosexual women who are sharing a man to be interviewed for the article. I've spoken with the journalist at length about the article and feel good about the likelihood that she will treat the subject fairly.

If you and your poly family fit this description and you'd like to know more, please drop me a note ASAP at anita.wagner@practicalpolyamory

Thanks!
Posted by Anita Wagner Illig at 5:07 PM No comments:

I was recently contacted by Jessica Bennett, the author of the July 2009 Newsweek polyamory article, who is now working with several dynamic, veteran TV women to produce a TV documentary on the subject.  The details of the family she seeks and all other project information she has to share is below.

Jessica has proven herself to be a trustworthy ally to the polyamory movement by writing a high profile article that treated the subject fairly.  That said, everyone is cautioned to think carefully about becoming involved if there are potential child custody risks or employment implications by being outed.  We hope you will make a rational assessment and decide for yourself to participate if you think it in your and our movement's best interests, but we don't want anyone to suffer negative consequences.

With that said, here is Jessica's letter - please feel free to contact me for referral to people who can offer training in dealing with the media and prepare you so you'll enjoy the experience and maximize the benefit to the community of your participation.

I'm the author of the Newsweek feature on polyamory, in search of a poly family to profile for a documentary television program presently in development. We're seeking families with 3+ partners, between the ages of late 20s-50s, who are committed to the lifestyle (ie not just "experimenting") and may be able to help debunk the stereotype of the poly community as an outlier. We are very open, but the biggest requirement is that the group must be willing to talk openly about their relationship, and is comfortable putting themselves out there for what could potentially be a very large audience. Location is flexible, though families living in Seattle or the East Coast would be a plus. There would be compensation for the project, depending on the commitment (ie whether the program ends up being a single segment or a documentary television series). We would film on location at your home/city.

About me: I'm an award-winning journalist for Newsweek, originally from Seattle, covering cultural trends, women and sexuality. My co-producer is Jennifer Molina, an Emmy-nominated documentary filmmaker with more than a decade of experience--at the Sundance Channel, the United Nations, Newsweek and elsewhere. (Jenn produced the two videos that were featured with the Newsweek article.) Together, we are working with a New York-based production company called Myriad Entertainment, which is run by Veronique Bernard and Lisa Zeff, two industry vets (and generally wonderful women) who are highly regarded in the field and have decades of experience funding and producing documentaries. Myriad has an abundance of contacts in the field, with the goal being to produce the project for a major television network.

If you're interested, we'd love to hear about you and your family. Please feel free to contact me directly, at jessben@gmail.com, and you can check out my portfolio and reel at www.jessbennett.net. Jennifer Molina's reel can be accessed at www.rinkdproductions.com and the Newsweek story, if you haven't seen it, is viewable at http://www.newsweek.com/id/209164. Please note that this project is not affiliated with Newsweek in any way.

Posted by Anita Wagner Illig at 7:15 PM No comments:

Polyamory, Pathologizing Sex, and the DSM-5

The American Psychiatric Association has announced its proposed addition to the DSM-5 that addresses the highly controversial subject of sex addiction, whether it exists, and how it should be diagnosed.

The DSM-V is the next (fifth) edition of the American Psychiatric Association's (APA) Diagnostic and Statistical Manual of Mental Disorders (DSM), commonly called DSM-5.  It is currently in consultation, planning and preparation and is due for publication in May 2013, when it will supersede the DSM-IV which was last revised in 2000.

Many of us in the sex-positive movement have been very concerned about this issue because we envision great potential for misdiagnosis based on a desire for multi-partner relationships.  Adding sex addiction to the DSM-5 as a distinct disorder separate from obsessive-compulsive disorder is highly controversial and the subject of much heated debate.

We polyamorists have a vested interest in this issue because biased and/or uninformed mental health care professionals have been known to pathologize our desire for more than one partner - hence the great demand for poly-friendly therapists.  So the criteria for diagnosis matters - a lot.  Poly people with misgivings about their choices are particularly vulnerable to misdiagnosis. 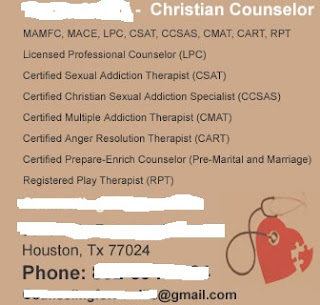 For example, I found this advertisement in a google search on sex addiction.  Admittedly most polyamorists aren't likely to consult a "CCSAS" - Certified Christian Sexual Addiction Specialist.   Still, if they are new to polyamory, are conflicted about it from a religious perspective, are having guilty feelings about it, (it happens!) and decide to seek out a therapist, someone claiming to be a "CSAT", a Certified Sexual Addicition Therapist, might be their choice if the therapist's religion isn't of any great concern.

Oh, and since APA criteria for diagnosing sex addiction doesn't officially exist yet, who is doing the certifying here?   There are lots of people out there claiming to be certified therapists who aren't.   And the last thing we polyamorists need is a bunch of religious extremists pointing to the DSM-5 and telling us we are sick and can be cured of our "illness" as has been the case with regard to homosexuality.  (Of course, a little thing like homosexuality having been removed from the DSM years ago doesn't change anything in their view.)

So below is the proposed addition to the DSM-5, Hypersexual Disorder.  It's better than it could have been, and it's still under discussion, but this is an important step in that it reveals the direction the APA is taking.  Note that "Sexual Behavior with Consenting Adults" is listed as one of the behaviors that should be specified in a diagnosis if it exists.

Much more remains to be seen on this.  The good news is that this proposal doesn't classify hypersexual behavior as an addiction per se.  Were that the case, then poly relationships could be further stygmatized simply because one's partnerships aren't working and the resulting drama is making them unmanageable.  (The basic determining factor as to whether one is an addict is whether one's life has become unmanageable as a result of the addictive behavior.)

A. Over a period of at least six months, recurrent and intense sexual fantasies, sexual urges, and sexual behavior in association with four or more of the following five criteria:

(1) A great deal of time is consumed by sexual fantasies and urges, and by planning for and engaging in sexual behavior. [15]

(4) Repetitive but unsuccessful efforts to control or significantly reduce these sexual fantasies, urges, and behavior. [18]

(5) Repetitively engaging in sexual behavior while disregarding the risk for physical or emotional harm to self or others. [19]

B. There is clinically significant personal distress or impairment in social, occupational or other important areas of functioning associated with the frequency and intensity of these sexual fantasies, urges, and behavior. [20]

C. These sexual fantasies, urges, and behavior are not due to the direct physiological effect of an exogenous substance (e.g., a drug of abuse or a medication). [21] 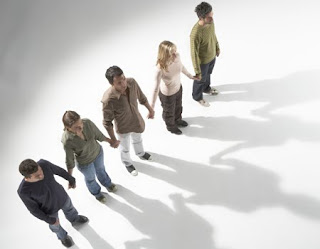 On February 21-22, 2010 an informal polyamory leadership summit will be held following the Poly Living conference at the Ft. Washington Holiday Inn and Conference Center in the Philadelphia metro area.  Whether you can be there or not, if you are not already a member of the Polyamory Leadership Network and wish to become one and get notices of future summits, please download, carefully read and complete this survey form to tell us about you and your activism work and e-mail it to the address shown at the end of the form.

For full details and to sign up for the summit, go here.
Posted by Anita Wagner Illig at 6:30 PM No comments:

Now is the time to register!

Check out a taste of the presentations coming to you!

What Happens When Polyamory Becomes Mainstream?

For the activists among us, progress for the poly movement has never been fast enough. For those who've been "poly for years," shows like Big Love and the occasional Oprah episode on open marriages -whether "poly" is used or not- reassure us that things are shifting. For the newly poly, posting "In an open relationship" on our Facebook profile reminds us that we are no longer the only stranger in a strange land. And for the monogamous person choosing into a poly relationship, today, more than ever, there are books, workshops and DVDs to help you get your black belt in relationships and increase your odds of survival... No matter where you are on the poly spectrum of experience, what we all have in common is that polyamory is not yet mainstream... Has anyone thought about what happens when it does?


Curtis Bergstrand, PhD
The Rise and Decline of Monogamy in America

Using data from a study of 1100 swingers, anecdotal evidence from the poly community, and accumulated research on the family in the U.S. over the past 40 years this presentation argues that the challenges facing our society in the future can only be met through the legal and social acceptance of non-monogamy in constructing relationships and building families.

A key skill for living a powerful life is the ability to “show up,” to communicate your truth to others. Using a format called ZEGG Forum (not related to Landmark Forum), the facilitators create a safe, loving container where participants may step in front of the group and share what is going on for them. Profound shifts in consciousness can occur as we reveal or witness what had been hidden.

Over the last few years much has happened on the public stage that has the power to affect poly lives in ways both good and bad. More than 200 media events that focus on polyamory or are polyamory-related have been documented. Their sources range from prime-time TV plot lines to articles in campus newspapers. Come see a live demo including websites and video, ask questions and learn more.

All these fantastic speakers, workshops, connections and many many more.