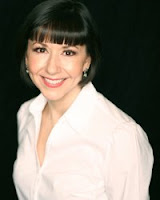 This news just in. Terisa Greenan is the Seattle-based creator of the polyamory-themed hit comic web series "Family" that has gotten a lot of attention around the poly community in recent months. Terisa has just posted a disappointing piece of news to her Facebook Notes.

This is a disheartening story that I feel the need to share for many reasons. Ernie Joseph, who plays Ben on our Web series “Family,” recently shot a commercial for the Australian olive oil company OliVaylle. The commercial was created by Mulberry Street advertising firm and produced by Black Squirrel Productions in Seattle. Ernie was excited about this new opportunity because he was told by the producers that he was likely going to be the new face of the brand, and that there could be a series of commercials featuring him to be produced in the future. Then, suddenly, the plug was pulled on his new advertising gig and the commercial Ernie shot was actually re-shot with a different actor. Producers told Ernie that the owners of OliVaylle had received links to “Family” and because of the nature of the show, no longer wanted Ernie to represent them.

In my opinion this is a terribly bigoted move by this Australian company. I know that there is a large polyamory community in Australia and that many of them are fans of our web series, “Family.” I wonder how they will feel about this. If I could wave a magic wand and make everyone aware of this injustice and the company behind it, I would.

Thank you all for your support of the web series, and thanks especially to those of you who aren’t poly yourselves, but are tolerant and open-minded enough not to discriminate against those of us who are, or those of us who are involved in this apparently controversial web series.

I recommended that Terisa refer Ernie to the National Coalition for Sexual Freedom, which routinely offers advice and assistance to polyamorous people who are subjected to job discrimination. The most outrageous part of all this is that Ernie was dismissed for playing a polyamorous character, not for actually BEING polyamorous. Apparently OliVaylle believes Ernie portraying such a "character" while simultaneously being the face of their product would be harmful to their sales. Sheesh.

Episodes 1 through 6 are available on YouTube with episode 7 being posted there this coming Monday, February 9, 2009. Episodes are posted every two weeks.
Posted by Anita Wagner Illig at 4:10 PM

I wrote an email to the company that I won't buy their product because of this. Too bad, because the website is beautiful and I really like the design of their bottle and I bet the olive oil tastes good.

If you really want to make an impact, use this link everywhere you can:

This link makes the company name the "anchor text" pointing at this blog post. If it appears enough times, then Google will notice.

After that, people who Google for the company will see this blog post on the first page of the search results, right next to the company website.

If you are making links to this blog post in an editor which has a chain icon and opens a separate window, just make sure the text you have highlighted includes the company name (spelled correctly).

I put up a link to your article on my blog and also will email the company.

Oz, thanks for the info, I'll follow your suggestions.

Goose, thanks for spreading the word.

My question is, is Ernie Joseph going to continue to be on the show?

Terisa tells me that Ernie will indeed continue to be on the show. She says he is angry at the company but doesn't have any hard feelings toward her or the show.

P.S. Ernie is NOT a polyamorist. He just plays one on YouTube. (Which makes this even more of a travesty.)

It doesn't really make it more of a travesty--it already is a travesty, and ought to be recognised as such in a civil suit. The decision by OliVaylle is an overt act of discrimination against the sexual preference reflected in the show. It's precisely like a company saying that they don't want a certain actor associated with their product because he plays a Jew in a television show. It's the message that is poisonous, not the discrimination against the actor himself (actors are selected or rejected for roles because of their typecast or image all the time already, and that's largely an artistic decision).

It's sad that there is always someone further down the chain to be discriminated against no matter how liberal we think we're becoming.

It is unfortunate that people are so judgmental. Part of what I like so much about this web series is that it addresses a lot of the questions surrounding polyamorous dynamics and eloquently so. I just started working with www.NWlive.TV and we host the episodes of "Family" and even have behind the scene clips. This series is great! Encourage others to watch and check out the behind the scenes clips on www.NWlive.TV

Michelle, I couldn't agree more. Will definitely check out your website and spread the word. I had dinner with Terisa and her family when in Seattle about a month ago. We'd spoken by phone but had never had the chance to meet in person - what lovely people.

You scared me! I thought you were saying he was fired from the show! :) I'll spread the word!